FREE Delivery for all within West Malaysia ONLY. Register as a member today.
Where We Promote & Advertise

Media coverage and where we promote and advertise

The Agribusiness Directory is widely promoted at major agricultural related exhibitions and seminars. It is also advertised in various agricultural magazines. 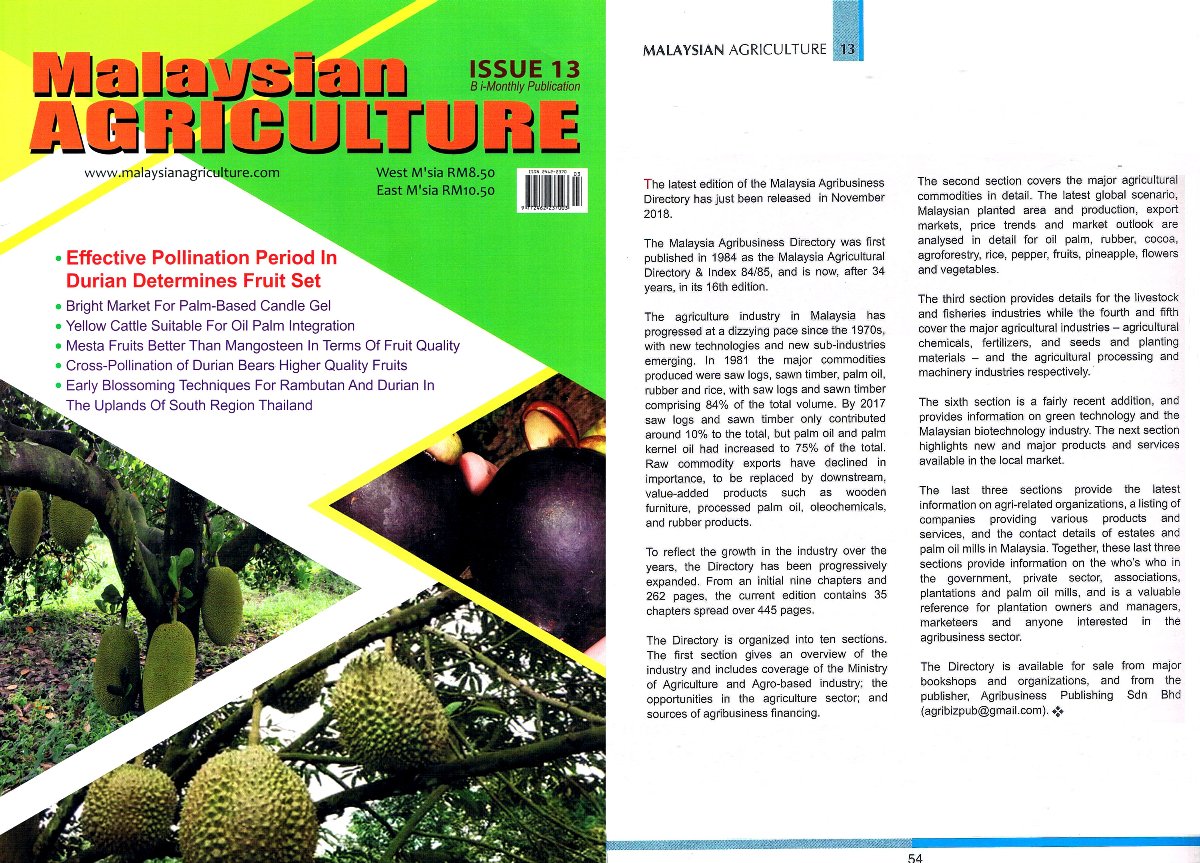 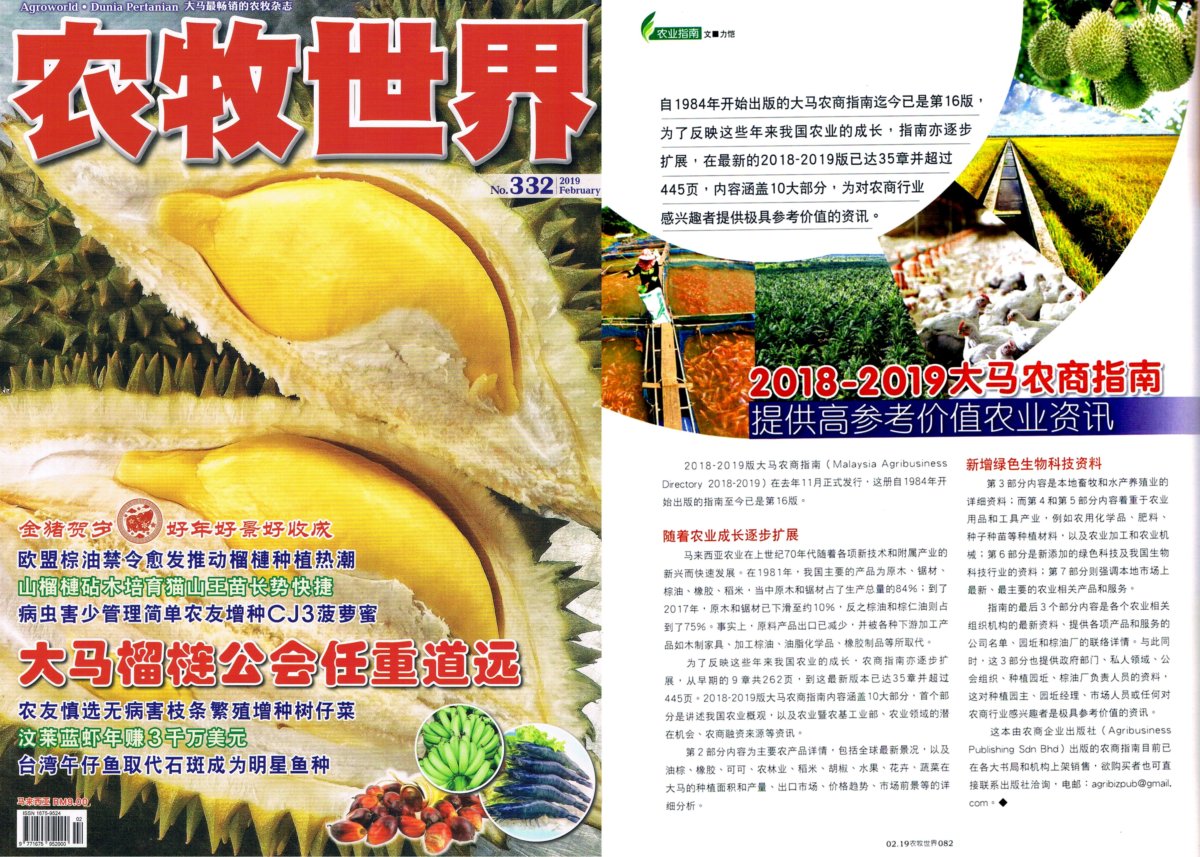 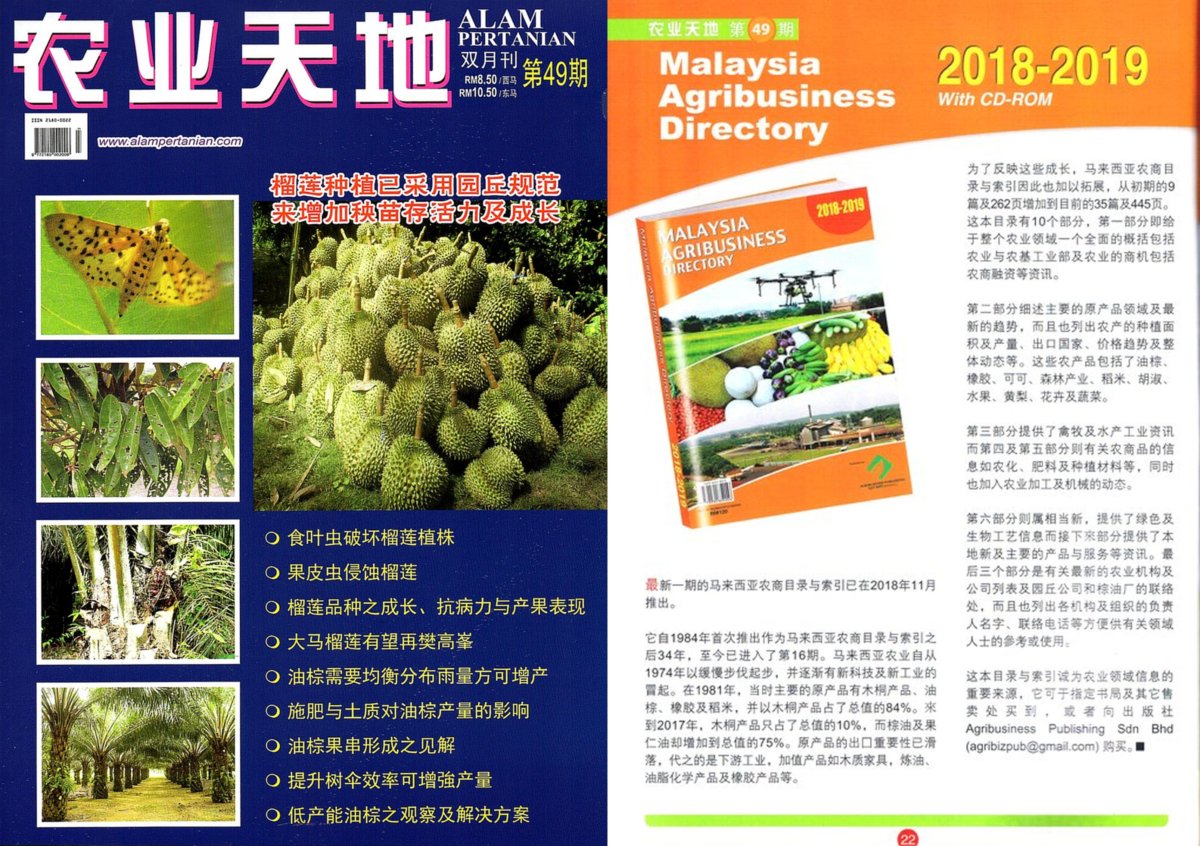 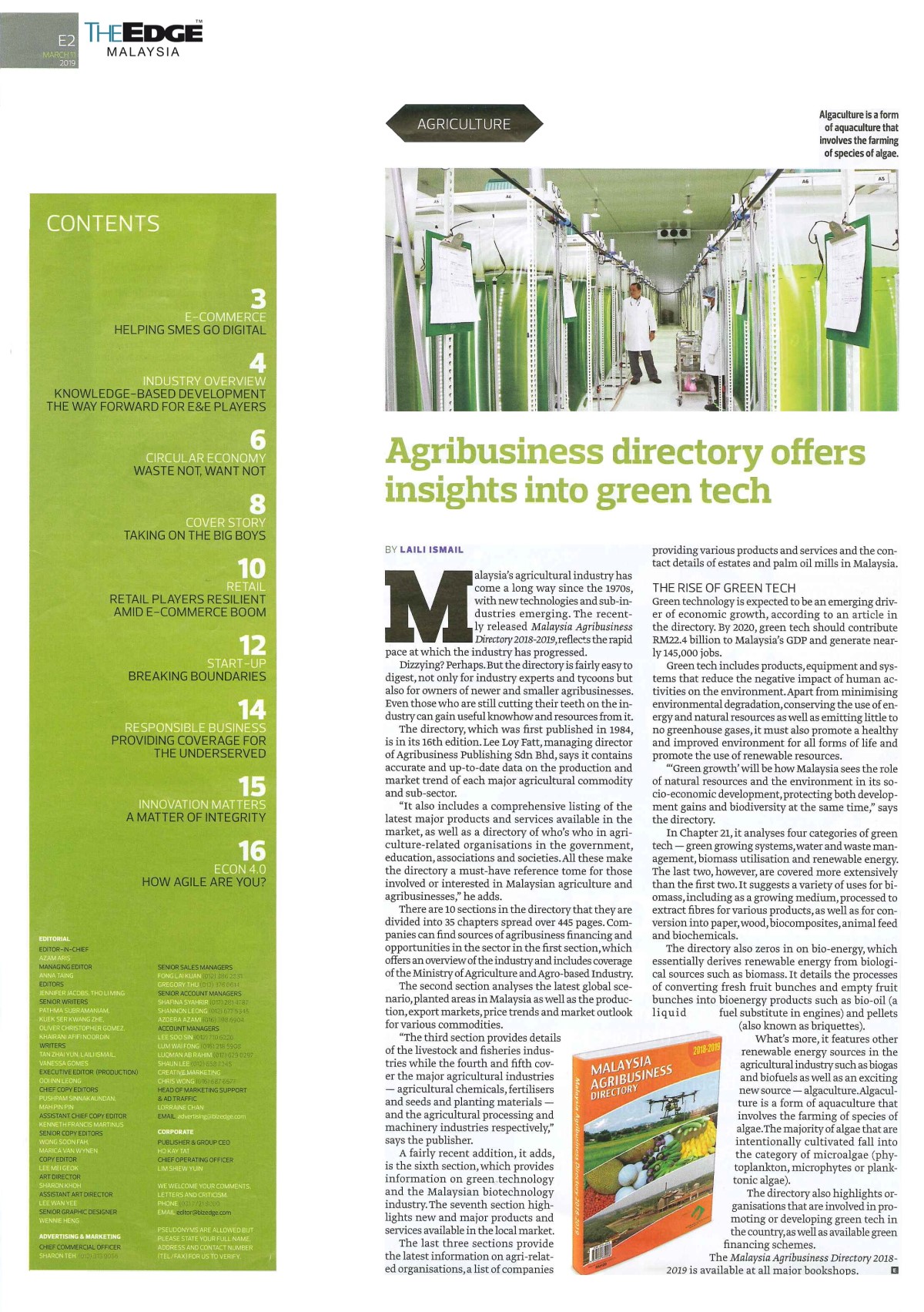 Where We Promote & Advertise 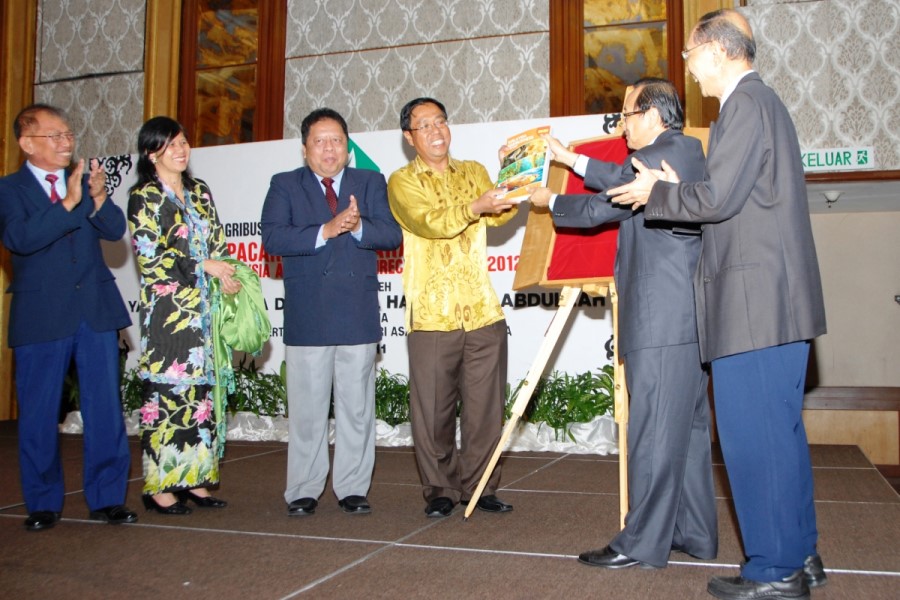 The event was attended by senior management from government agencies, major agribusiness companies, agri-related organizations and members of the press.

Press coverage of the launch in Agroworld, August 2011 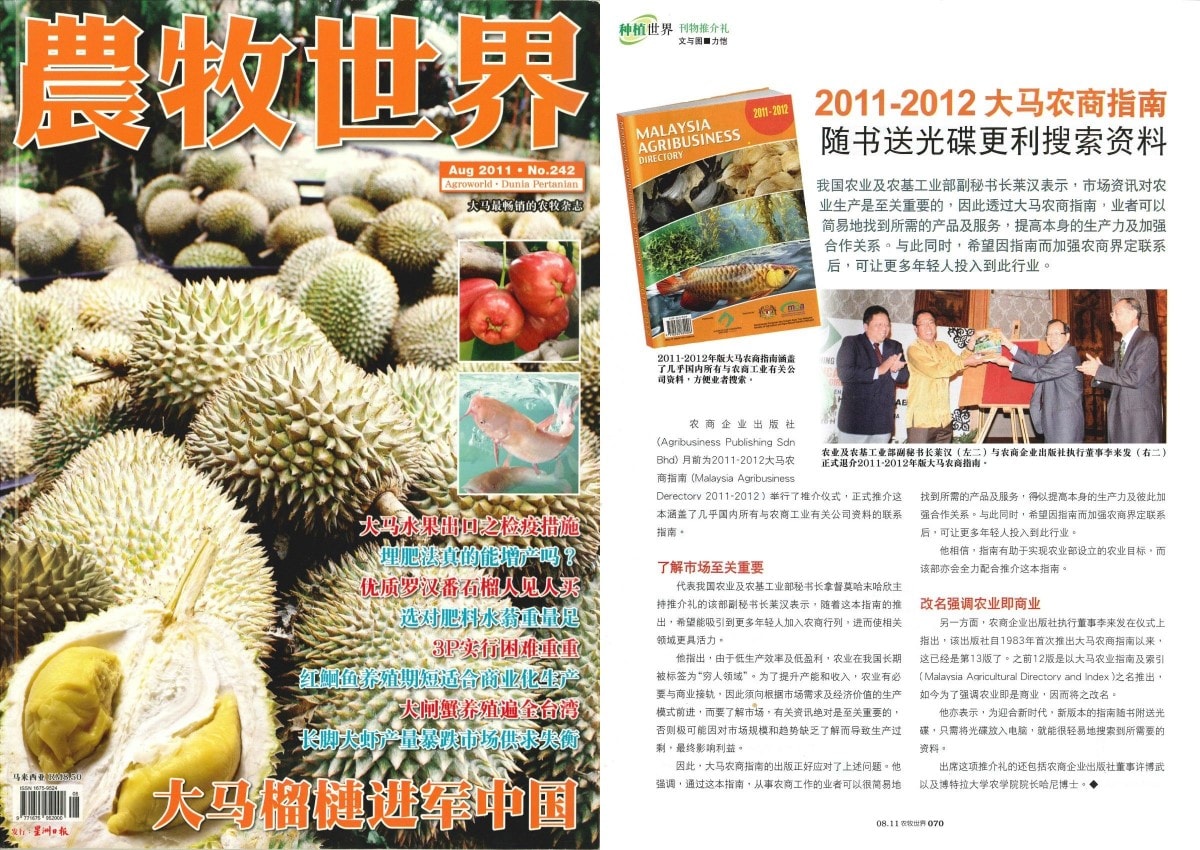